11Most Staff 0 October 1, 2018 3:51 am
11 Most Tiny Appearance Details That Keep Us From Shining 100%
11 Most Rare Things that have been SOLD Online
11 Most Realistic Versions Of Pop Culture Icons

All cultures are very diverse and some can even be considered eccentric. In Asia, among many other things, food is the most striking, because some are simply hard to believe. That’s why we bring you the 11most eccentric and bizarre dishes that, if they do not make you vomit, you could try to eat before you die. Although mostly all are the bugs, rodents and sea animals but they are being eaten in chopstick in China, eating seahorse will be quite an experience. And in the case of scorpions, some are still alive. 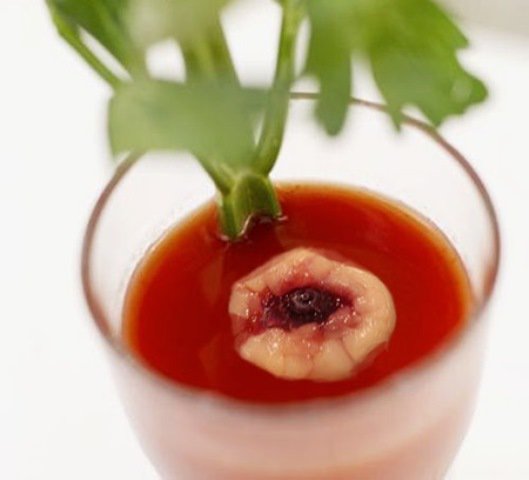 Did you partied and woke up with a hangover? Goat’s eye juice is the best option for the people of Mongolia. A bit of vinegar and tomato juice with goat eyes will revive you to continue with all the energy in your walk through this country. The Japanese love the eyes of tuna fish. They say that its flavor and texture are exquisite. Do not worry, it’s just the sack where the fish keep their sperm. This Japanese dish is served in soy sauces and other spices. Maybe you’ve already eaten it and you have not even noticed. The basashi is no more than pieces of raw horse meat and is a typical dish of Japan that has spread throughout the world. This soup is prepared in Southeast Asia. It is served inside the soup as edible decoration. This Japanese food is nothing more than grasshoppers cooked in soy sauce and sugar. Chicken blood clots on skewers. The Filipinos love it! And they usually serve them in the barbecues. These Japanese cookies are baked just like any other, except that instead of having chocolate or chocolate chips you will find a few wasps to chew. Would you eat duck embryos? Well, in the Philippines it is a usual dish and apparently nothing cheap. These are boiled and serve unaccompanied.

Does it sound elegant to eat a little live octopus? Sannakji is the popular food of Korea and because of the high cost of the dish it is called as Korea’s delicacy. It served in small pieces, it can be accompanied with a lemon drops so that it stops moving

11 ways to differentiate a TOURIST and a TRAVELER 0

11 Pics From Baikal, The Deepest And Oldest Lake On Earth 0